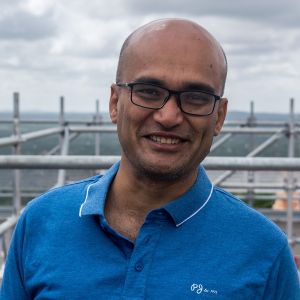 Vasudhendra is a Kannada author and lives in Bangalore. He worked as a software professional for more than 20 years and now runs his own publication house, Chanda Pustaka, which publishes and encourages new writing in Kannada. He has also instituted the Chanda Pustaka Award which recognizes young short story writers. Vasudhendra is also associated with local support groups for LGBT individuals. The author of 15 books in Kannada that have sold over one lakh copies, he has won many literary awards, including the Kannada Sahitya Academy Book Prize. His award winning nammamma andre nangishta (I like my mother) has been reprinted 20 times. His book Mohanaswamy chronicles the life of a young queer man. The book has been translated into English, Spanish, Telugu, Malayalam and the Tamil, Marathi, and Hindi translations are in progress. Being a passionate hiker, he has climbed Mount Kilimanjaro of Tanzania and trekked to Kailash & Mansarovar of Tibet. World Cinema and Mahabharata are his other passions. He vouched not to watch television 18 years back and walks his words!