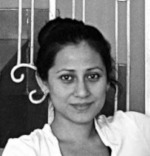 Shruti Debi is a literary agent based in New Delhi. The Debi Agency represents writers of literary fiction and quality non-fiction with an emphasis on transitioning their works across languages and mediums. Among her clients are Vivek Shanbhag (with Srinath Perur), whose internationally acclaimed novel Ghachar Ghochar has been translated into several languages around the world and in India, and Prayaag Akbar, whose debut novel Leila was acquired by streaming giant Netflix.