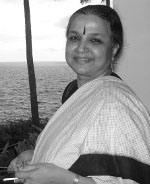 With her keen interest in children and their reading, Radhika Menon pioneered a new wave of children’s publishing in India, when she founded Tulika in 1996. It was and remains the only independent, mainstream children’s publisher in the country, producing books in eight Indian languages – Hindi, Tamil, Malayalam, Telugu, Kannada, Marathi, Gujarati and Bengali – apart from English. From picture books to fiction and non-fiction – the diverse and imaginatively-created list includes a comprehensive range of literature for 0 to 16-year-olds. Over the years, the books have won several awards, both national and international.

In 2014, Tulika won the Publishing Next Publisher of the Year when the award was first instituted. The award was for high level of publishing excellence, in content, quality of editing and design, innovation and marketing success.

Tulika was nominated for the Best Asian Children’s Publisher award at the Bologna Children’s Book fair. This year, it won the International Excellence Award for Literary Translation Initiative at the London Book Fair. In its award citation, the jury recognised Tulika’s ambitious, energetic and inclusive publishing programme that is driven by a social imperative to promote multilingualism, resist the absolute dominance of English and give children stories in the languages they speak at home.

A deeply-committed publisher, Radhika is not only closely involved with the visualising, editing, designing and marketing of all Tulika books but has also been the brains behind many original initiatives within children’s publishing.