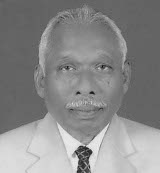 ?Mangal Majhi is a publisher of books written in Santali. He has himself authored a novel titled Hassur Bera, and his translation of Sri Hardhan Adhikar’s book, Molong Anol, into Bengali was published as Bhagyachakra. In 1996, Mr. Majhi set up Aadim Book Centre to propogate books in Santali and other tribal languages. He was honoured by the All India Santali Writers’ Association for his effort in making Santali and tribal language books available in India and across the world. Currently President of the All India Tribal Booksellers’ and Publishers’ Forum, Mangal Majhi was the founder president of the World Sarna Organization and has been instrumental in organizing book fairs in Jamshedpur, Dumka and Jhargam, among other places. His publications include Aadparsi, authored by Babulal Murmu ‘Adivasi’ and Sarna Jharna, a religious magazine.