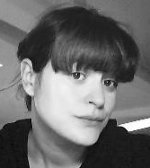 Judith Oriol graduated from Université La Sorbonne, Paris IV with a PhD in French Literature. She was the head of the French Book Office in Bucharest at the French Embassy in Romania from 2004 to 2006 and from then until 2010, worked in the Gallimard Publishers’ Foreign Rights Department, where she was in charge of all the projects of translation into Eastern European countries. She is currently the Book Attachée at the French Embassy in India, having started her work there in September 2010.