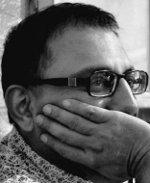 Arunava Sinha is a translator of classic and contemporary Bengali fiction. His latest published translations are The Chieftain’s Daughter (Bankimchandra Chattopadhyay) andThree Women (Rabindranath Tagore) – both part of the Random House Bengali Classics Series, of which he is the series editor. His earlier translations include What Really Happened and Other Stories (Banaphool), By The Tungabhadra(Saradindu Bandyopadhyay), Striker Stopper (Moti Nandy), and My Kind of Girl (Buddhadeva Bose). His translation of Sankar’s Chowringhee won the Vodafone-Crossword translation prize for 2007, and was shortlisted for the Independent Best Foreign Fiction prize in the UK for 2009.