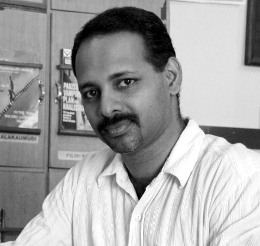 Tom Mangatt is a writer and a first generation entrepreneur from Kerala, who loves to admire, collect and read books. He is the Chief Executive Officer of www.indulekha.com, Kerala’s No.1 online bookstore, and its co-founder. Before beginning his entrepreneurial journey in 2007, Tom served the editorial boards of some leading media houses in Kerala, including Manorama Group, for more than a dozen years. He authored / edited five books in Malayalam of which ‘Mazhakkalam’, an anthology of rain writings, is a best seller.

When Indulekha started e-tailing in 2007, it was the 5th entrant to the online market for Malayalam books. Over a period of three years it emerged as the numero uno, with the largest collection of Malayalam books, teaming up with more than100 publishers. Recently, it forayed into the sales of English books too. Tom has a five-year-plan to make Indulekha the best and biggest source for Indian books, adding books from all the Indian languages to its bouquet of products.

Tom believes that every book has its reader. And an online bookstore is one of the best places where a book can find its appropriate reader. He also believes that the printed book will never die and, as Umberto Eco says, it is an invention that cannot be bettered. Internet or ebook can not replace it.