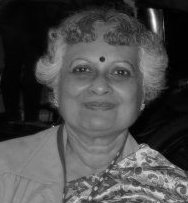 Swapna Dutta has been writing, mostly for children, for several decades and has many titles to her credit, including translations. She has been published by Scholastic, Orient Longman, Harper Collins, Hachette, Sahitya Akademi, Children’s Book Trust and National Book Trust, among others. She has contributed to major national dailies including The Hindu, Times of India, Hindustan Times, Indian Express, Asian Age, Deccan Herald and The Telegraph and magazines like Children’s World, Target, Tinkle, Chandamama, The Bookbird (USA), The School Magazine (Australia), Cricket (USA) and Folly (UK) and websites like Papertigers, bolokids and pitara. She worked as Editorial Consultant for Target (Living Media), Asst. Editor for Limca Book of Records and Deputy Editor for Encyclopaedia Britannica between 1988 and 2002. She lives in Bangalore and writes in English, Hindi and Bengali.

Dutta divides her time between writing for adults and children. Although she is basically a children’s writer she also enjoys writing on art, literature, travel and humourous pieces for newspapers and blogs. She does not believe in sticking to one kind of writing and feels that whenever she feels strongly about something she should share it with those interested. She enjoys variety in writing, whether it is for children or adults.