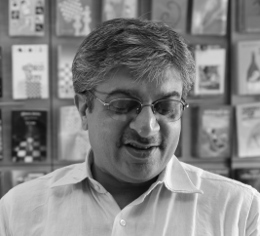 Its sister concern,  Mehta Book Sellers, recently added a new book and stationary store named WORDPOWER, starting in Belgaum and  moving to Kolhapur and recently in Aurangabad. Apart from being the trendsetters of business policies on matters such as credit terms, under Sunil’s able guidance, Mehta Publishing House is now acknowledged as the  pioneers in devising advertising and creative marketing policies to popularize new and existing books of the publishing house.

Having started with the publishing of only Marathi titles, Mr. Sunil Mehta had the vision to begin publishing Marathi translations of books from all genres, from various Indian languages like Bengali, Hindi, Kannada and Gujarati and English. Apart from these, Mehta Publishing House has also published the English as well as Marathi translations of original writings in Korean and Japanese. In addition, Mehta Publishing House now has a formidable presence on social networking sites while their books are available for sale on most online retailers.

Mr. Sunil Mehta is perhaps one of the earliest and youngest publishers within the Marathi publishing fraternity to venture into eBook publishing while diversifying into the English books segment. He was the only publisher selected to represent the Marathi publishing fraternity at the NORLA Seminar held in Oslo (Norway) in September 2012 which was organized with the primary aim to promote Norwegian literature among other countries coupled with a cross cultural exchange of ideas within publishing.

The vision of the organization is to be recognized as the only publisher who has worked in all the categories of digital book publishing while developing English book retail with new branches all across Maharashtra and indeed the country. The company plans to propagate reading as a habit especially among those of the younger generation while publishing the best reads from all foreign languages so that they can be available to Marathi readers.