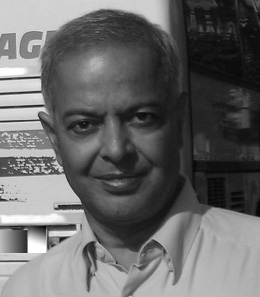 Subhromoni De, is partner, at Chhatim Books, Kolkata. He is a PR specialist and has worked in corporate PR with leading national companies, looking after both product as well as corporate communications. He has also served as the state head of a leading industry association , in which his job was to identify and engage with aspects of government policy and proceedures which affect that particular industry. He set up as a publisher, basically to see the dynamics of another other kind of human communication, which is the buisness of the humble book.

Subhromoni believes that the publishing industry as a whole, should engage in aggressive PR to stand up to competition from the new media. In a consumer’s society, its not what you make and sell but how you pacakge it that really makes the difference. To survive and prosper, books will have to be seen as both relevant as well as fashionable to new generations. For regional language players, it will not be enough to be ethnic, but on top of it, to also be seen as chic to be working in a local language. There’s an oportunity out there and he, at least, has set up to explore those possibilities.