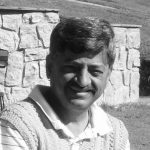 The Director of Lonely Planet India, Sesh Seshadri is one of the most established names in the publishing industry today. With a career spanning over four decades, he played a vital role in Lonely Planet’s entry into the Indian market with the launch of its series of Travel Guides in 2012.His current role is to create a sustained and successful presence for Lonely Planet in India.

Previously associated with Oxford University Press (OUP) for over 25 years until 1997, Sesh Seshadri was the only employee to be appointed to 3 of OUP’s national strategic committees viz. Educational, Academic and Finance & Operations. He credits much of his publishing knowledge and capability to Oxford University Press. He has also worked with Dorling Kindersley, India serving as Executive Director and played a key role in the company’s revamp strategy including warehousing, customer service, marketing and publishing systems.

He established a publishing consulting company O.V.E.R.L.E.A.F. in 1997 which passionately works towards furnishing classrooms with quality learning and providing world class teaching resources. He is also the trustee of Neelbagh Group of schools founded by David Horsburgh.Furthermore, he was the Founder Director at Textech that specializes in providing academic solutions in the form of books and ebooks that enable publishers to create, manage, repurpose, and distribute content.

Sesh Seshadri comes from a family of publishing professionals with a combined experience of more than 100 years. Besides publishing and consulting, Sesh is a crazy cricket fan. If not in the publishing industry, he would surely be a cricket umpire. He enjoys south Indian classical music and is also skilled to speak in several languages. His wife enjoys being a home maker and his son Naveen is currently working with Lonely Planet as Chief Operating Officer.