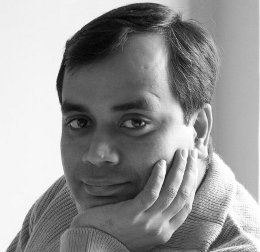 Satyanand Nirupam is editorial director, Rajkamal Prakashan Group and creative director, Samanvay: IHC Indian Languages’ Festival and Patna Literature Festival. In the past, he has worked with Delhi Press as associate editor and with Penguin Books India as editor. In his years with Penguin, he steadily built a list of important titles, by established as well as emerging authors, focusing exclusively on original works. These offbeat titles spoke to the evolving needs of Hindi readership.

Nirupam plays an active role in promoting a book-reading culture and debates-discussions in Hindi through all possible media channels. As member, programme advisory committee, India Habitat Centre (New Delhi), he coordinates a poetry reading series there called Kavi ke Sath. He has also been coordinator and co-concept developer for Bahastalab, a popular debate series.

With a deep understanding of the tradition of Hindi writing and a strongly felt need for innovation in it, he works with authors. His interaction with various kinds of Hindi readers is an effort to appreciate their concerns and expectations better. He believes in constantly striving for novelty in Hindi literature to keep pace with a fast-changing world so its rich works can be widely appreciated. He wants to work for a continued dialogue between Hindi writing and the young generation, so both learn to love each other and an increasing number of youth enter the world of publishing. Bringing literature and litterateurs to people is what Nirupam loves doing best.