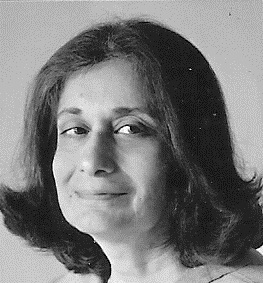 Ritu Menon has been in publishing for over thirty-five years, the last twenty-five as a feminist publisher. She co-founded Kali for Women in 1984, and is founder of Women Unlimited, an associate of Kali. She has written extensively on women and religion, women and violence, women in situations of armed conflict, and on the gendering of citizenship, through her work on women and the nation. She is the author of Borders & Boundaries: Women in India’s Partition (1998), a ground-breaking study in Partition historiography, has co-authored Unequal Citizens: A Study of Muslim Women in India (2004) and Educating Muslim Girls: A Comparison of Five Indian Cities (2005), and co-edited In a Minority: Essays on Muslim Women in India (2005). She has also edited No Woman’s Land: Women from Pakistan, India & Bangladesh Write on the Partition of India (2004), and several anthologies of stories by Indian women. She is the author of Out of Line: A Literary & Political Biography of Nayantara Sahgal and of Loitering With Intent: Diary of a Happy Traveller. She was awarded the Padma Shri by the GOI in 2011; and the Women Impact Women Award by the Indian Chamber of Commerce and Industry, in 2019.