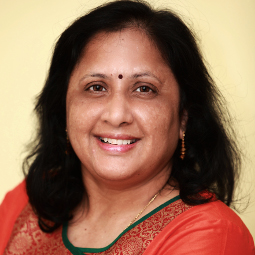 Rasana Atreya is the author of the Amazon bestseller Tell A Thousand Lies, which was shortlisted for the 2012 Tibor Jones South Asia award. UK’s Glam magazine calls this novel one of their five favourite tales from India (June 2014). Her other works are The Temple Is Not My Father (also available as an audiobook) and 28 Years A Bachelor.

Rasana declined a traditional publishing contract in order to self-publish. Fueled by caffeine, she delights in spending her days dreaming up twisted things for her characters to wiggle out of. She has been interviewed on self-publishing by many major publications in India. When she’s not writing, she spends her time blogging on self-publishing (http://rasanaatreya.wordpress.com). She was invited to New Delhi for Amazon India’s launch in February 2014. She’s also been on panels at the Jaipur Literary Festival and the Hyderabad Literary Festival.

Rasana believes in self-publishing because it is a great equalizer. She believes that every writer has the right to be published. Previously it was believed that self-publishing is what you did if you were a failed author, which essentially meant that traditional publisher(s) had rejected you. With a lot of people choosing self-publishing as their first option, this no longer holds true. Because of her commitment to self-publishing, Rasana is the India ambassador for the UK based Alliance of Independent Authors (ALLi), which counts as its members, self-publishing notables such as Orna Ross, Joanna Penn and smashwords founder Mark Coker.

Rasana also runs the The India Readathon (theindiareadathon.weebly.com) that aims to introduce the reader to self-published books set in India.

She is mother to a girl and a boy who were respectively six and eleven years-old when they wrote and illustrated The Mosquito and the Teapot. She lives with her husband and children in Hyderabad, India, where a lot of her stories are set.