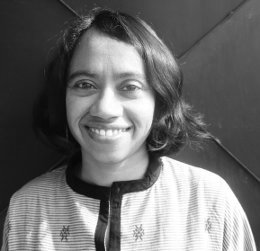 R Sivapriya is managing editor, Penguin Books India. She commissions English translations of contemporary and classic texts from Indian languages. She is working to publish the oeuvres of the twentieth-century masters in the Penguin Modern Classics list and the best of Indian classical literature in the Penguin Black Classics list. In 2013 she is publishing Sundara Ramaswamy, Naiyer Masud, Ved Mehta, Agha Shahid Ali and Nirmal Verma in Modern Classics, and Ghani Kashmiri, Amir Khusrau, Lal Ded and the Tamil Sangam poets in Black Classics.

In contemporary writing she publishes the most important and cutting edge writing from around the country.  The 2013 list of contemporary translations include the controversial Cobalt Blue by Sachin Kundalkar,  Shamsur Rahman Faruqi’s opus The Mirror of Beauty which has been hailed as ‘the Koh-i-noor of Indian novels’ by Mohammed Hanif, the elegant Bombay novel Crowfall by Shanta Gokhale, and One Part Woman, a superb meditation on marriage, love and sex by Perumal Murugan.

Sivapriya believes the best and the most exciting Indian writing happens substantially in languages other than English. To have a rich and nuanced understanding of literatures and equally of people, she thinks it is essential to read translations from around the world.