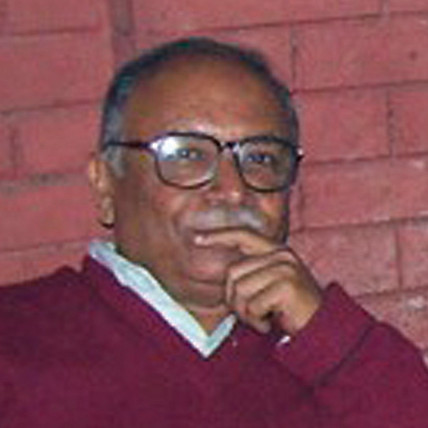 Prosenjit Dasgupta was born in Calcutta and studied at the St. Xavier’s Collegiate School and at Presidency College. While his graduation was in Economics and he worked for more than 42 years in chambers of commerce and allied organisations, he became deeply interested in wildlife and (as a corollary) in tribal life in India, and began writing articles in newspapers on these subjects. This culminated in his two books, Walks in the Wild (later revised and enlarged as Wild Experiences) and Chasing a Dream, as well as to research in other areas, that led to his writing 10 Walks in Calcutta, Eco-Yatra (on changes in economic policies in India) and Issues and Idioms (on changes in political approach and discourse in India over the last 60 years). His other works include Conflict in Thin Air (based on the Sino-Indian conflict) and A Partition in the Mind (an attempt to explain the Partition of India).

His forthcoming books include India: Thoughts on the Past and the Present, an attempt confined to a study of Indian history, and Rambles in the Wild, an account of his experiences in Indian forests from 1972 till date.

Prosenjit is widely traveled in India and abroad. He is still engaged in research on different aspects of life in India, and hopes one day to write about his travels in Egypt, Turkey, Greece and Italy as well as to various ancient historical sites in India.