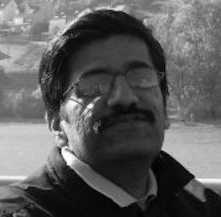 Manoj Karthikeyan believes that academic publishing has tremendous growth potential globally given the rise in the economic conditions of people inhabiting developing/under-developed nations. The increasing number of academicians, researchers and scientists coupled with great variety and depth of knowledge resources available today is an indicator of the bright future for this segment of publishing. Another interesting aspect is the ever-growing number of technology platforms for dissemination of information resources and changing market conditions.

He is of the opinion that academic publishing activities in India should not be restricted to mass producing ‘syllabi-oriented’ texts (for sale predominantly in the domestic market) or be associated with fulfilling outsourced activities for overseas publishers and organisations seeking to augment revenues via cost savings in light of shrinking markets in the western world. If India wishes to truly emerge as a ‘super power’ in the foreseeable future, then she needs to foster a vibrant domestic publishing environment, in which existing and new players break away from the tag of being part of a ‘trade’ and move towards creating a motivated, progressive, and highly professional ‘industry’. Original content sourced from within and outside India, published within India at par with international standards and sold globally by Indian entities will not only ensure increased employment and revenue generation but also add brand ‘value’ to the whole nation.

Manoj Karthikeyan has been associated with academic publishing for over a decade and a half. Born in 1973, he completed B.Com. from University of Delhi in 1995. After a brief stint with the IT industry, he took the plunge into STM academic publishing. He began his innings with Narosa Publishing House, New Delhi (1997-2002), considered one of the best places to learn the nuances of STM publishing. He then worked briefly for Ane Books (India) Pvt. Ltd., New Delhi (2002-2003). Later he joined Anamaya Publishers, New Delhi (2003-2005), possibly, India’s first STM publisher with a 100% original title list. In 2005, he joined one of the largest Indian publishing companies Universities Press (India) Pvt. Ltd., Hyderabad (2005-2011). In his last two assignments, Manoj has focused on negotiating sale of rights (marketing, promotion, distribution and sales) to publishers worldwide for titles published by Indian publishers.

In early 2011, along with a few other like-minded friends in publishing, he launched Veda Publishing Consultancy (subsequently registered as a Private Limited company in October 2011) with the primary objective to further develop and strengthen academic publishing activities in India. Since its inception, the Consultancy has helped set up ten STM publishers in Chennai, Chandigarh, Kolkata, New Delhi and Pune. Manoj and his colleagues are extending assistance in all aspects of the publishing process ranging from evaluation of publishing proposals and new title acquisition; to typesetting, proofreading and editing of manuscripts; to negotiation of publishing agreements with authors/editors/overseas publishers; to ensuring production and delivery of print and electronic editions of the published works. Manoj presently lives in Chennai with his wife and two adorable sons.