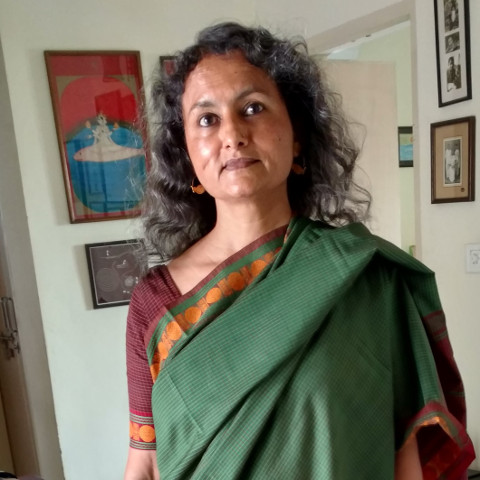 With a firm commitment to working for social change, Manisha Chaudhry’s work has been located in both the activist and literary space. She began her publishing career with India’s first feminist publishing house- Kali for Women in 1986. She has since worked in English and Hindi as an editor and translator of fiction and non-fiction, and has also worked as a consultant with a range of development organizations on issues of gender, health and education.

Her work in translation has been published by Kali for Women, Zubaan Books, OUP, Niyogi Books and Pratham Books. In 2012, her translation of the Hindi novel Ailan Gali Zinda Hai was shortlisted for the DSC prize for Literature at the Jaipur Literature Festival.

From 2004- 2017, she was the editorial head at Pratham Books where she built up a list of children’s fiction and non-fiction in multiple Indian languages against the backdrop of high enrollment and poor learning outcomes in millions of children coming to school for the first time in their families. She was also a Founder Trustee of Bookaroo Children’s Literature Festival and initiated and nurtured the Children’s Outreach of the Jaipur Literature Festival in Pratham Books. She has advised the JUMPSTART festival and has been an active member of the FICCI Publishing Committee.

Having spearheaded many initiatives to promote reading among all children and bring equity in school education, she currently heads Manan Books (an imprint of Ignus Pahal), a not-for-profit with a strong activist profile publishing multilingually for children, teachers and young people.