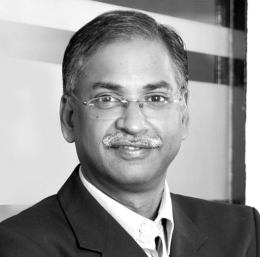 K Vaitheeswaran, also known as the “father of e-commerce in India” is the founder & CEO of Indiaplaza.com He is a serial entrepreneur in the Indian retail industry and is an internet industry veteran who pioneered the e-commerce industry in India when he co-founded India’s first internet retail company www.fabmart.com in 1999.

In 2001 he co-founded Fabmall – India’s first integrated offline and online retail company. While www.fabmall.om was the leading Indian internet retailer, the Fabmall chain of grocery stores went on to become a leading brand in the Indian organized retail industry and was subsequently acquired by the Aditya Birla Group and later re-branded as the More chain of stores. In 2007, his company www.fabmall.com acquired the US based Indiaplaza.com and launched the Indiaplaza brand as the leading online shopping and gifting destination for Indians worldwide. Since 1999, he has spent all his time and efforts in not only building his company into a position of industry leadership but has also been engaged in evangelizing the cause of e-commerce in India.