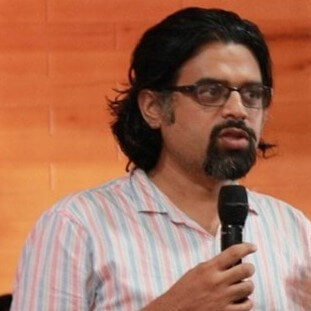 Guruprasad D N quit his job as a senior software engineer in 2010 to start Aakruti Books, a brick and mortar bookstore in Bengaluru which stocks both Kannada and English books – new, used and rare. A culturally active place, Aakruti Books has hosted more than 100 literary events and is growing as a progressive community of book lovers. Guruprasad has also published over 50 books in Kannada. A film critic too, he regularly reviews Kannada films. Many dailies such as Deccan Herald and Kannadaprabha.com (of the Indian Express group) have published his reviews. As a book collector hobbyist he has a collection of more than 7500 books at home, some of them rare, like the first edition of Gandhi’s autobiography. Currently, he has extended his role of publishing by taking up a job as a coordinator of the Bengaluru Central University Press.