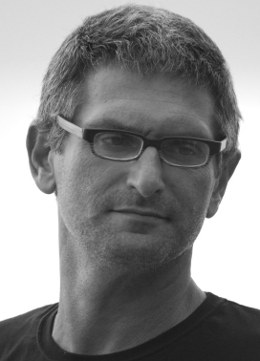 Greg Acuna has an unusual combination of business and creative experiences from writing, directing and producing media projects to managing complex ventures for major IT companies. He has a degree in political science from University of Southern California and a Masters degree in playwriting from San Francisco State University.

Greg has written/directed one feature film, co-written two other produced features and been a script doctor on several projects. Other accomplishments include two novels, several productions of his plays, poetry published in four countries, composing songs, directing music videos, and writing articles. He has taught screenwriting at the university level.

He has also been a consultant for Paramount Pictures, Exchange Cubed, Arthur Anderson, CNA and others. Greg has lived in Goa, India for the past 12 years.

His major creative projects include:

As a writer Greg is driven by the passion to tell stories that he finds meaningful. Much of that has to do with looking at the world differently and expressing it in a way that is both entertaining and though provoking. He works consistently, writing four to six hours a day while on a project. Though writing is often a difficult process, he finds the progression of a creative work a highly fulfilling and exciting endeavour that is well worth the time and effort.