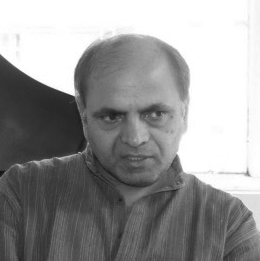 Ganesh Devy, a literary scholar and cultural activist, writes in three languages – Marathi, Gujarati and English. Till 1996 he taught English literature at the M. S. University of Baroda. He left his academic position to take up conservation of threatened languages in India.

Among the several institutions he founded since then are the Bhasha Research & Publication Centre, Budhan Theatre and the Adivasi Academy.

He has put to script for the first time for 11 languages existing in oral traditions, promoted and published literature in 26 languages, helped educating in non-formal schools over 20,000 children from indigenous communities and has established economic empowerment activities in 2200 villages in tribal districts of Guajrat. Devy has campaigned for protection of the rights of nomadic and other discriminated tribes and has been Advisor to the Government of India on these issues.

Devy’s major publications in English include In Another Tongue (1993), Tradition and Modernity (1997), Painted Words(2002), Indian Literary Criticism: Theory and Interpretation (2002), A Nomad Called Thief: Reflections on Adivasi Voice and Silence (2006) and Indigeniety: Expression and Representation (2008). The G. N. Devy Reader (Orient Blackswan) containing four of his book length essays was published in 2009.

He has won various awards including the Sahitya Academy Award, for the English book After Amnesia in 1994, the Gunther Sontheimer Award, for work on Oral Traditions in 1998, the SAARC Writers’ Foundation Award, for work with Denotified Tribes in 2000, the Prince Claus Award, Netherlands, for work on conservation of Tribal Craft in 2003 and the Linguapax Award of UNESCO for Language Conservation in 2011. In 2014 he was awarded the civilian honour of Padmashree by the Government of India

At present he is Chairman of the People’s Linguistic Survey of India, a nation-wide study of over 780 languages, being published by Orient Blackswan in a series of 50 volumes.