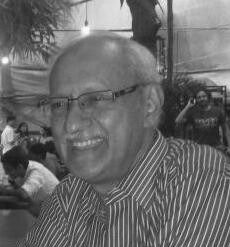 Damodar Mauzo is a short story writer, novelist, columnist and screenplay writer and has been writing in Konkani for over three decades. He has two novels, four collections of short stories and three books for young adults to his credit. In 1983, he won the Sahitya Akademi Award for his novel Karmelin, which has been widely translated into more than a dozen languages. A number of his stories have appeared in translations in many national anthologies and magazines. Some of his stories have been translated into Portuguese and French besides English.

Mr. Mauzo has several awards to his credit. He is the recipient of Katha Award for Creative Fiction 1998, the Best Dialogues Award at the Goa State Film Festival 1997, the Goa Kala Academy Award and Konkani Bhasha Mandal Award. Mr. Mauzo was also awarded a Senior Fellowship of the Ministry of Culture, Government of India for 2011-2012.