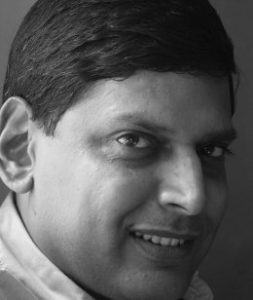 Venkatesh Hariharan is Director of Knowledge Commons, an NGO working on policy issues around open standards, free and open source software and open education resources. Hariharan is interested in the intersection of technology, society and policy, with a specific focus on democratizing access to knowledge. His current areas of work are in Indian language computing and education technology.

Hariharan has served as Head of Public Policy and Government Affairs with Google, and as Corporate Affairs Director for Red Hat in the Asia-Pacific region. He has worked on key policy issues like open standards, software patents, open source in government, and Indian language computing. He is a former Executive Editor of Express Computer and the first Indian to be selected for the prestigious Knight Science Journalism Fellowship (1998-99) at Massachusetts Institute of Technology. During his fellowship at MIT, he investigated technologies that can be deployed for bridging the digital divide. As the Executive Editor of Express Computer, Hariharan has interviewed some of the leading figures in the world of technology including Microsoft’s Bill Gates, John Gage of Sun Microsystems, Stan Shih of the Acer Group and many others.

He has written for leading Indian and international publications including MIT Technology Review, Upside, Slashdot, Economic Times, Times of India and many others. Hariharan also co-founded of IndLinux.org, one of the leading localization groups in the India subcontinent. IndLinux.org has translated the GNOME and KDE user interface of Linux to Hindi. The organization has helped localization groups in India, Bhutan, Nepal and other countries localize Linux and other open source software to their native languages.

He has delivered talks on technology and policy issues at World Foresight Forum, Open World Forum and at leading academic institutions like MIT, IIT Bombay, IIT Guwahati, IIIT-Bangalore, IIM Bangalore and many others. He is on the Advisory Board of the Software Freedom Law Center’s India chapter.